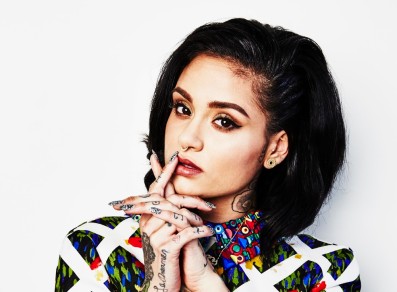 Young R&B songstress Kehlani Ashley Parrish 21, born in Oakland California dropped her debut album “SweetSexySavage” this week. Kehlani sited Lauryn Hill, Erykah Badu, and Jill Scott among influences. She was once part of a local pop cover band called “PopLyfe.” The group audition on the sixth season of America’s Got Talent which later finished fourth place on the show. Later Kehlani decided to go solo after the show was over that season. Kehlani eventually hooked up with Nick Cannon. Nick Cannon wanted her to be part of his rap group which she later didn’t felt right for it. She releases several tracks on SoundCloud and later dropped several mixtapes such as “Cloud 19” and “You Should Be Here.” Later she did a track for Suicide Squad Soundtrack called “Gangsta” which made the Billboard top 100 chart.

“SweetSexySavage” is her first studio album after releasing singles like “CRZY” and “Distraction.” The album has a R&B and Pop sound. Variety of producers from Pop & Oak, The Featherstones, P-Lo, Djemba Djemba, etc. The albums are well done and each track reflects on the title itself. “Piece of Mind” “Advice” are among my favorite tracks of the album. If you download the deluxe album, you get “gangsta” which is on Suicide Squad Soundtrack. The deluxe album holds up to 19 tracks as the non-deluxe album hold 17 tracks. The album is amazing and well put together as I mention earlier.

Download the album today on iTunes and buy the CD at your retail stores today.